Born and raised in Israel, David Amar attended ‘Or Etzion ‘the world’s only Jewish observant military academy.  This academy prepares students to be examples to others as officers, and as people.

After graduating Or Etzion, he took a leave of absence from the military to attend Yeshivat Ateret Cohanim in Jerusalem and Yeshivat Shavei Hevron in Hevron.  Upon completion of his studies, Rabbi Amar rejoined the military in the Israel Defense Force and served for four years. He was stationed at the northern Israeli border and in Lebanon in the “Barak” (lightning) Armor division. After completing his service, Rabbi Amar received an honorable discharge with the rank of lieutenant.

Rabbi Amar continued his seminary and academic education in Jerusalem.  He also received Cantorial training at the Great Synagogue in Jerusalem (the Re’nanot Institute for Jewish sacred music.)

He did his undergraduate studies at Yeshivah College, at Yeshiva University and at the Bells School of Music. In 2001, Rabbi Amar was ordained as a Rabbi and received a ‘Smicha’ from the Tiferet Yisroel Yeshiva.  In 2003, he was ordained as Chazzan by The Jewish Ministers Cantors Association of America. Rabbi Amar received his second bachelor’s degree in Jewish Education from Hebrew College of Newton MA.  He later continued his education and graduated with a master’s degree in Jewish Education from the same institution.  To better serve his community, Rabbi Amar continued his education at Monmouth University in the Department of Clinical Professional Counseling where he received his MS in Clinical professional counseling in May of 2019.

Rabbi Amar is married to Milen and together they have four children Daniel, Aron, Shalev & Maya. He passionately believes in the importance of living a Jewish life and having that life continue from generation to generation.  In his current position as a rabbi, he sees an opportunity to continue the quest of finding new and exciting ways to educate children, youth, parents, and adults, by making their connection to Judaism interesting and approachable. Rabbi Amar constantly goes on quests of outreach to families with children, seeking new ways for the children to engage their parents through a Jewish lens. 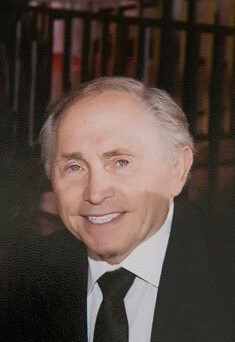 Rabbi Klein was born in Brooklyn, New York and raised in a modern orthodox family.  As a young man he attended Yeshiva Ohel Moshe, and went on to attend the Hebrew High School of greater New York.    He was awarded a B. S. degree and an M. B. A. from Long Island University.

Rabbi Klein received rabbinic ordination from the Rabbinical School of  P’Nai Or in Philadelphia under the tutelage of world famous Rabbi Zalman Schacter, z”l.  He became the Rabbi of Congregation Ahavat Achim which was later named Congregation Ahavat Olam in 1988.   Upon his retirement he was awarded the title of Rabbi Emeritus by the Board of Directors of Ahavat Olam.  Rabbi Klein still attends services at Ahavat Olam regularly and assists Rabbi Amar during the High Holidays.

During his active years he served on the Howell Township board of Ethics and presided for many years as the president of the Shore Area Board of Rabbis.  He is married to his wonderful wife Annie for 51 years and is enormously proud of his two children: Melissa and Devon.  He especially enjoys being with his two grandsons Jordan and Asher.